A collection of questions for pub quizzes

1575 questions in 10 categories with answers

Copyleft: feel free to use these questions in your quizzes.

We aim to have accurate answers to short questions.

This is not a game, there’s no scoring, and questions are provided as a service only. There may be errors: do not use these answers in mission critical or life changing situations. Use at your own risk. There, that should appease the lawyers.

When did the Euro banknotes and coins officially become currency in Europe?
January 1st, 2002

He uses statistics as a drunken man uses lamp posts: for support rather than illumination.
Andrew Lang (1844-1912)

Don’t park yourself in front of the telly after the Christmas lunch when the web offers a host of games for all the family… If you know the fictional company that James Bond often claims to work for is Universal Exports, you may have done too many pub quizzes. But others looking for some questions should go to www.avendano.org/quiz/index.php. It has more than 900 questions in 10 categories, including sport, music and history, all of which can be printed out for quiz masters.

Just like to thank you for your questions that have been used on my impossible pub quiz on John Bowe saturday radio show in Ireland. The show has been going for over 4 years and we have used your questions regularly. Cheers, John

February is the second month of the year in the Julian and Gregorian calendars. The month has 28 days in common years or 29 in leap years, with the 29th day being called the leap day. It is the first of five months not to have 31 days (the other four being April, June, September, and November) and the only one to have fewer than 30 days. February is the third and last month of meteorological winter in the Northern Hemisphere. In the Southern Hemisphere, February is the third and last month of meteorological summer (being the seasonal equivalent of what is August in the Northern Hemisphere).
Derived from the Latin word, the Roman month Februarius was named after the Latin term februum, which means “purification”, via the purification ritual Februa held on February 15 (full moon) in the old lunar Roman calendar. January and February were the last two months to be added to the Roman calendar, since the Romans originally considered winter a monthless period. They were added by Numa Pompilius about 713BCE. February remained the last month of the calendar year until the time of the decemvirs (c. 450BCE), when it became the second month. At certain times February was truncated to 23 or 24 days, and a 27-day intercalary month, Intercalaris, was occasionally inserted immediately after February to realign the year with the seasons. 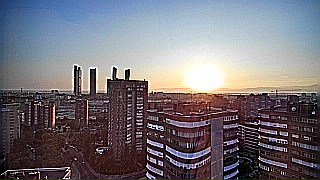